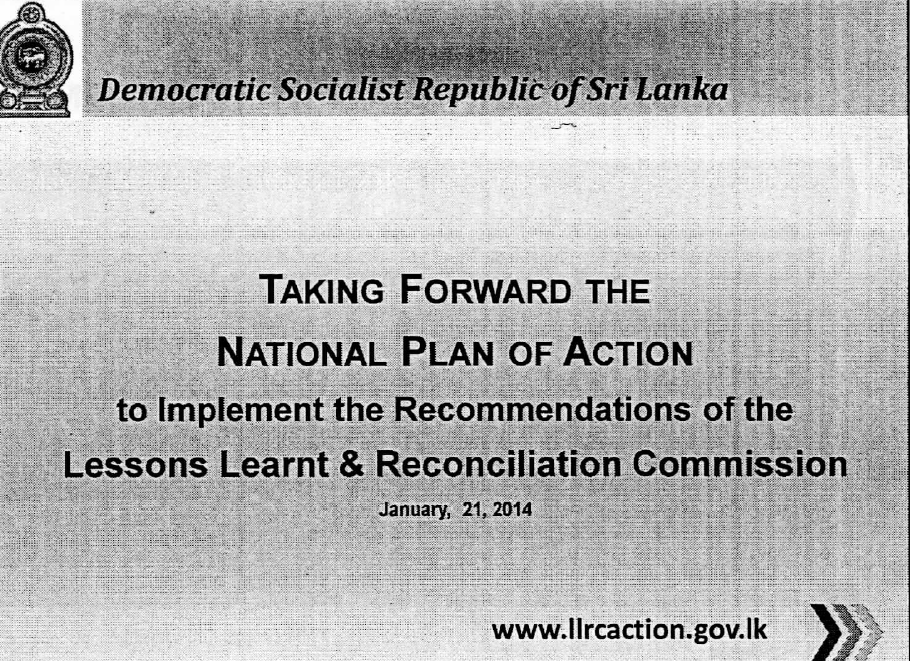 Taking forward the National Plan of action to implement the Recommendations’ of the Lessons Learn and  Reconciliation Commission. The power point presentation contents of the secretary to the President Lalith Weeratunga, which was presented to 70 +  diplomatic missions based in Geneva on 21 January 2014.
IHL & HR ISSUES – PROGRESS

Commission of Inquiry to investigate alleged abductions or disappearances of persons resident in the North and East.

Investigation into deaths of 05 students in Trincomalee

Investigation into deaths of Aid workers of ACF in Muttur

Military presence in the Northern Province